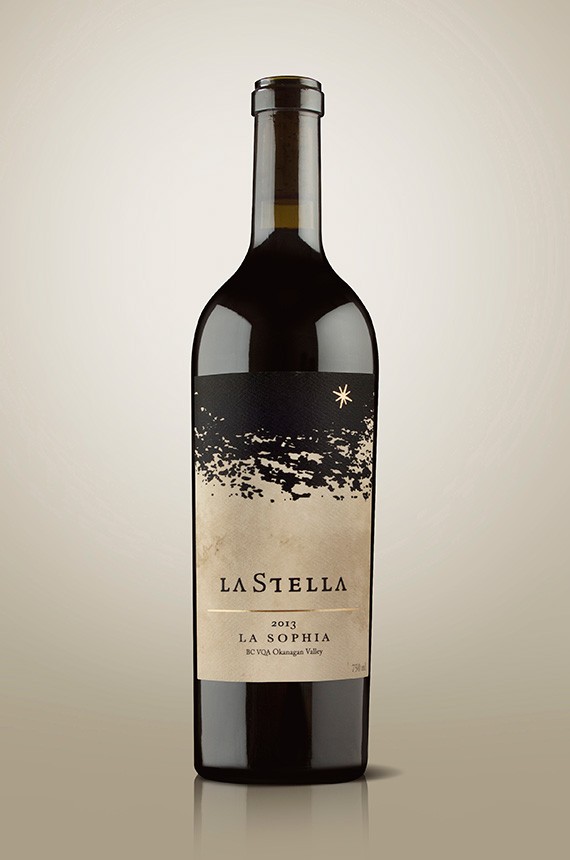 La Sophia is akin to the great examples of Cabernet Sauvignon from the coastal areas of Tuscany: Maremma and Bolgheri. Similarly, La Sophia draws comparison to great Cabernets from Washington State rather than the plusher and fatter examples from Napa Valley.

2013 La Sophia is a force to be reckoned with. It presents an opulent nose of black currant and cassis mingling with cigar box, forest floor, cedar, grilled anaheim peppers and sweet spicy tobacco (captain black's gold). On the palate there is great weight, firm but plush tannins with balanced natural acidity. Decant for an extended time if drinking now, or keep your hands off and let this jewel of a Cabernet slumber in the cellar for at least a few years.

Herb crusted rack of lamb is a winning pairing.

"They said Cab Sauv doesn’t do well this far north. Not true. Here’s the myth buster! What a beauty with backbone....eh! Gorgeous cassis, Scandinavian licorice, green peppers. A bright Cab with solid tannins and a firm backbone of acidity that makes it a great food wine. She’s still young and with the structure and tannins that are there, she’ll age well.
Having said that, there’s a wretched history of mediocrity in the Okanagan valley with this grape. LaStella has done something spectacular here with their grapes from the Black Sage Bench in the south Okanagan. More in style to Washington State Cabs than the decadence of California, La Sophia is breaking down barriers …and maybe with some help from global warming, the future is brighter for Cab in the OK." - Timo | WineShout.com

"This is a Cabernet Sauvignon with grapes from the famed U2 block . . .  The aroma of cassis and mint candy thrusts itself from the glass. On the palate, there are complex flavours including black currant, deli spices and dark chocolate. It is an intense, big-boned wine with 15.1% alcohol, a structure that portends very good aging." 94 Points - John Schreiner

"Some wines, like people, improve with age. While I was impressed with the 2013 La Stella Winery La Sophia when I last tasted it, I know that I will be rewarded ten-fold in five years’ time, when the firm, sinewy, dark fruit, leather and graphite has further intertwined." - Treve Ring | WineAlign.com